Queens Library has implemented another customer service module renovation, this time at the Bayside branch location. Built in 1964, this existing one-story library is one of the largest in the system. The renovation involved cosmetic upgrades to the entire branch and layout revisions for new spatial programming. The project was recently awarded for its design and implementation by the Queens Chamber of Commerce at their annual Building Awards Ceremony.

With a tight budget, utilize existing multi-zone system to sufficiently heat and cool the library. Keep electrical costs down while still adding infrastructure for new computer stations and other technological upgrades.

Due to the tight budget, the design team was focused on reusing existing building systems and infrastructure. Therefore, extensive survey work was conducted to document existing duct sizing/routing, controls, electrical feeders and conduit sizes. Air was rebalanced and ductwork resized as required to condition areas with increased occupant loads and heat output from new computer workstations. Existing electrical panels were either reused or refurbished to further limit construction costs. 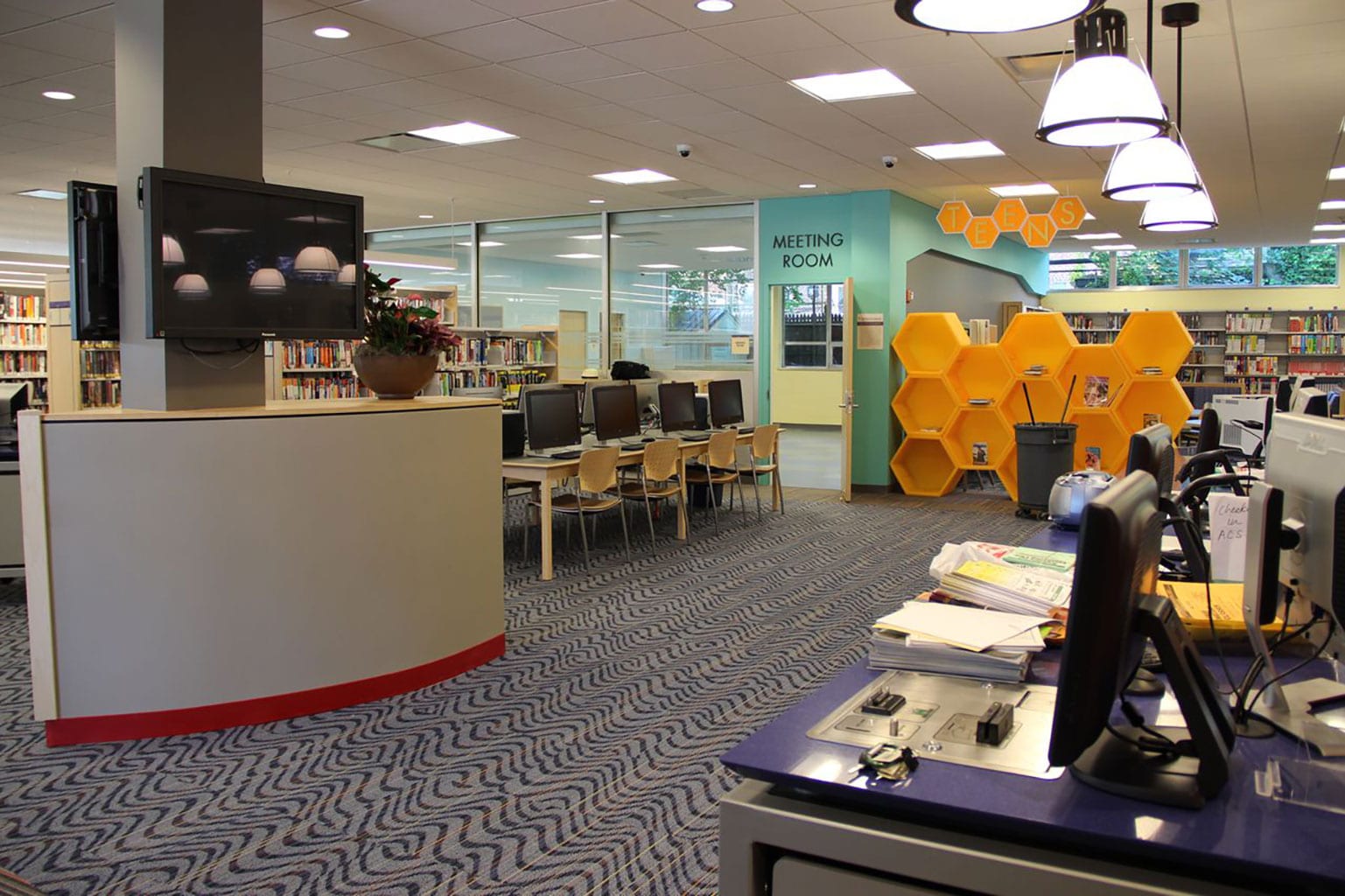 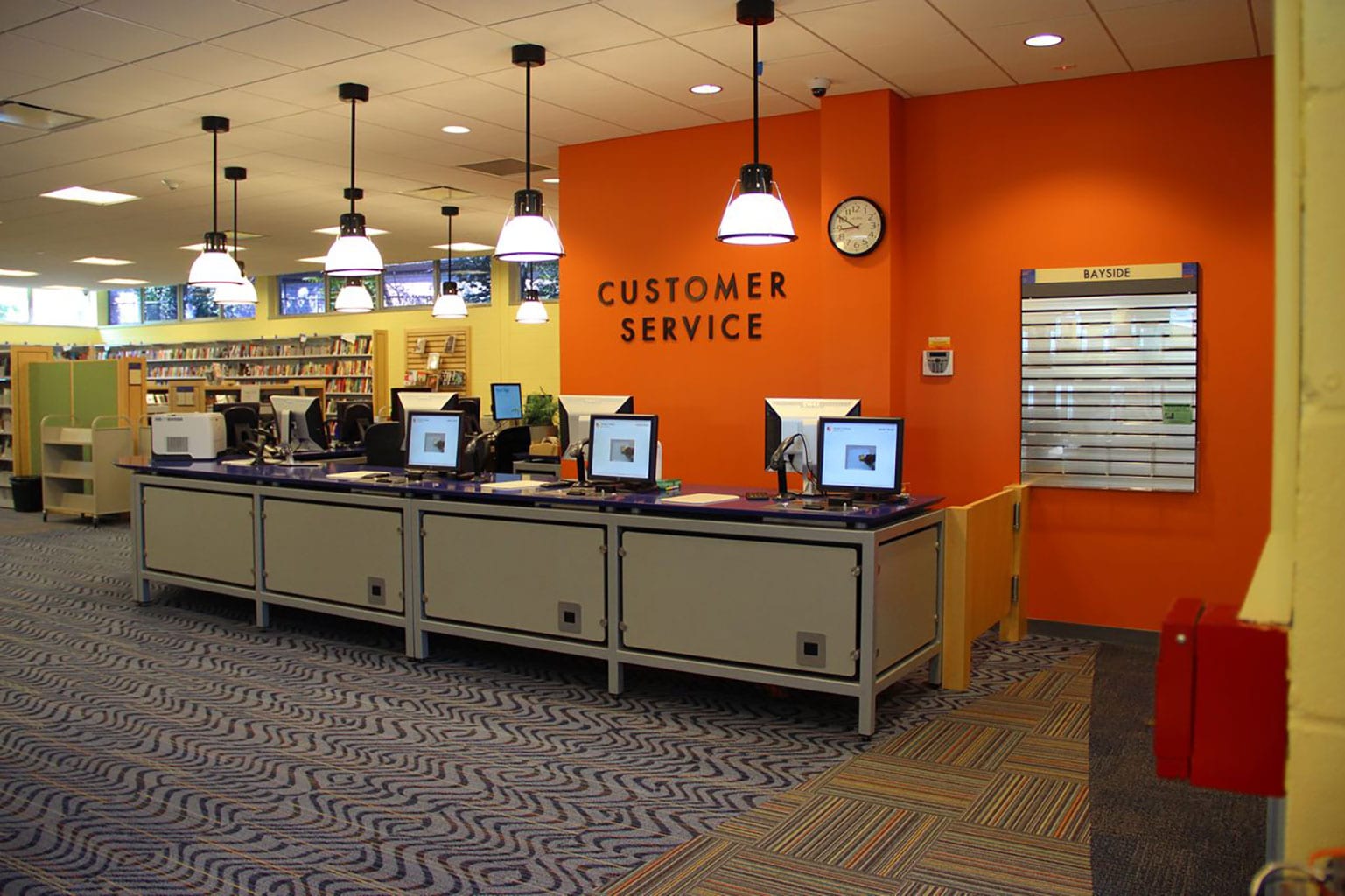 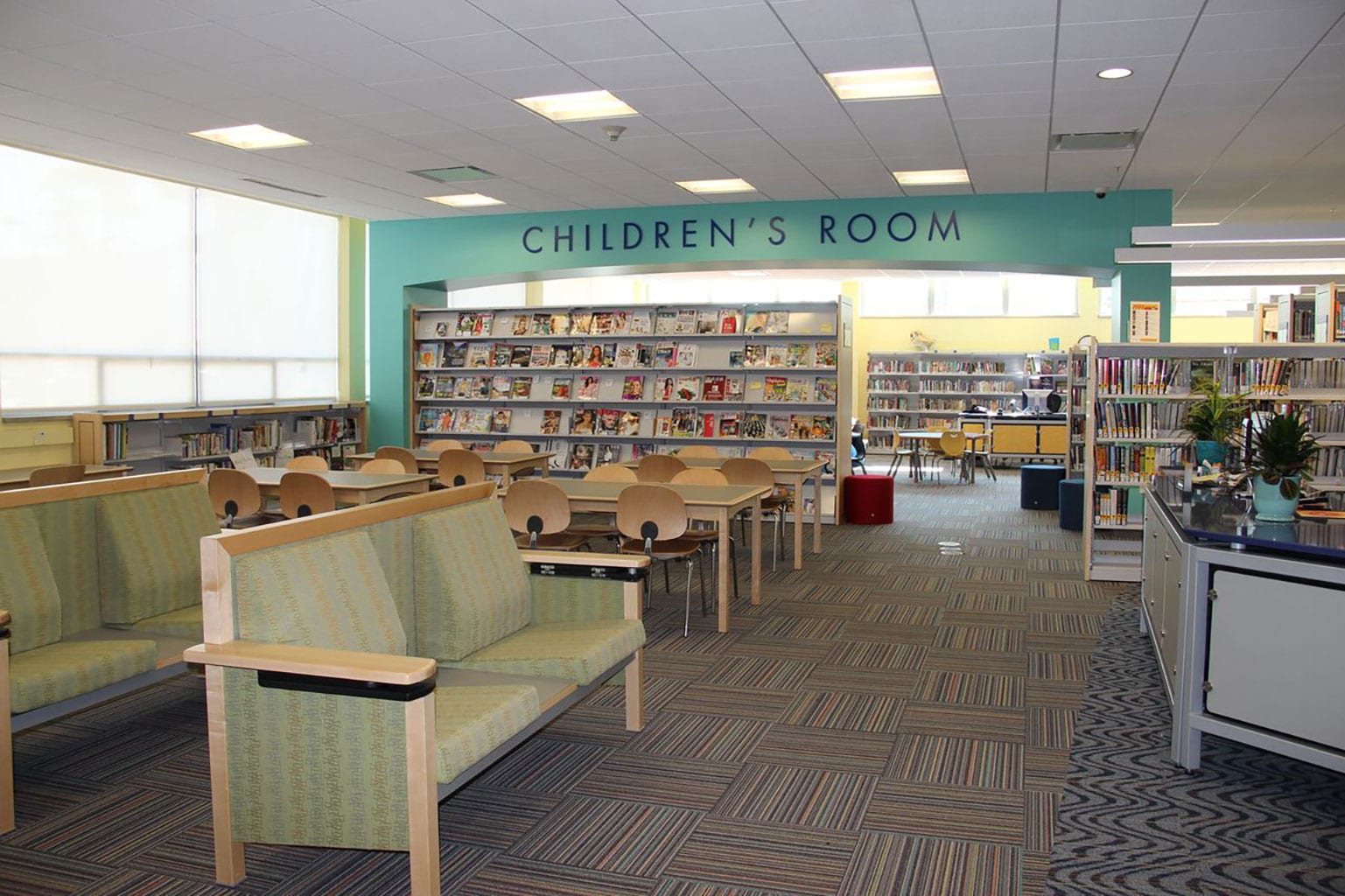 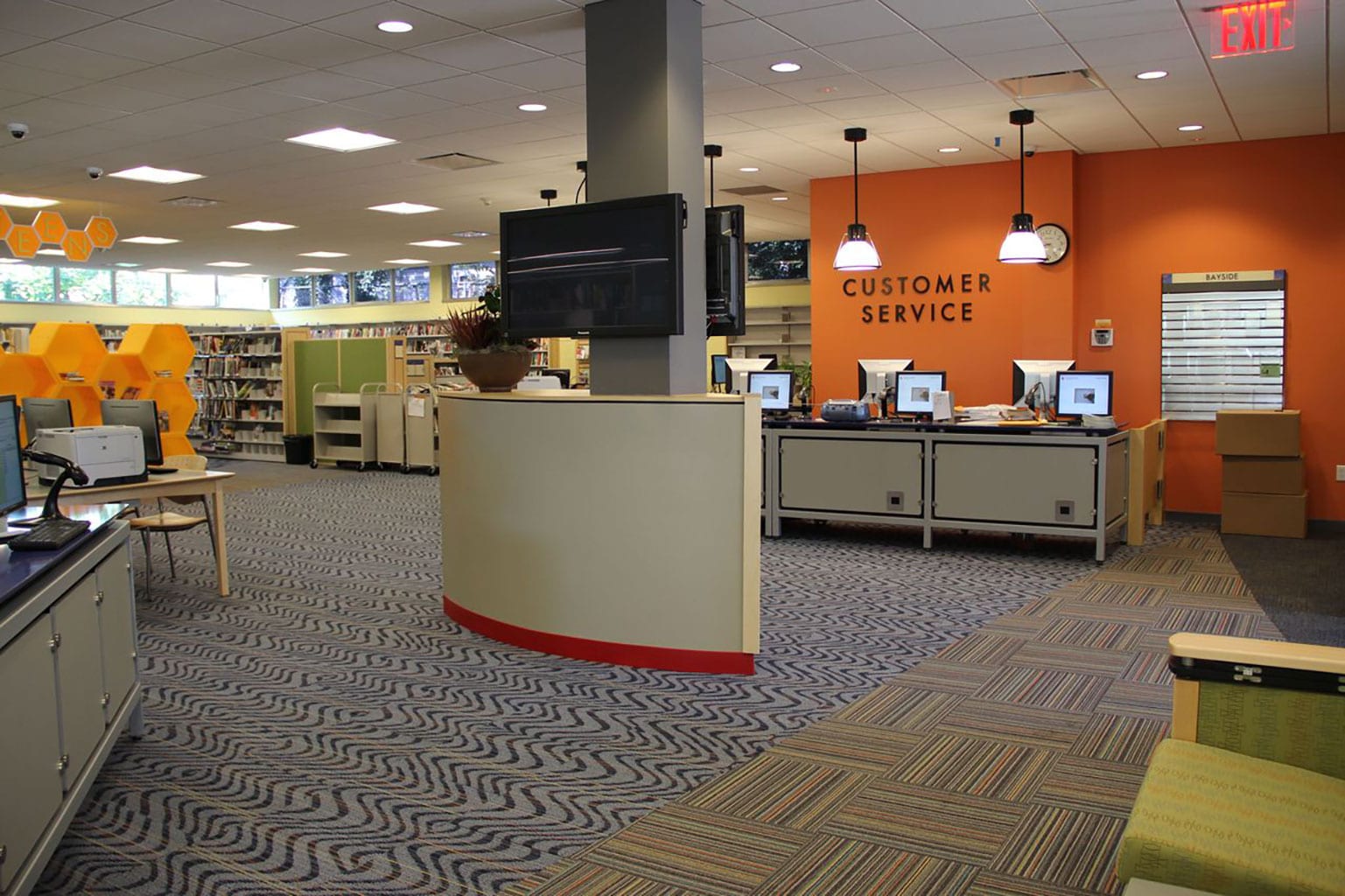 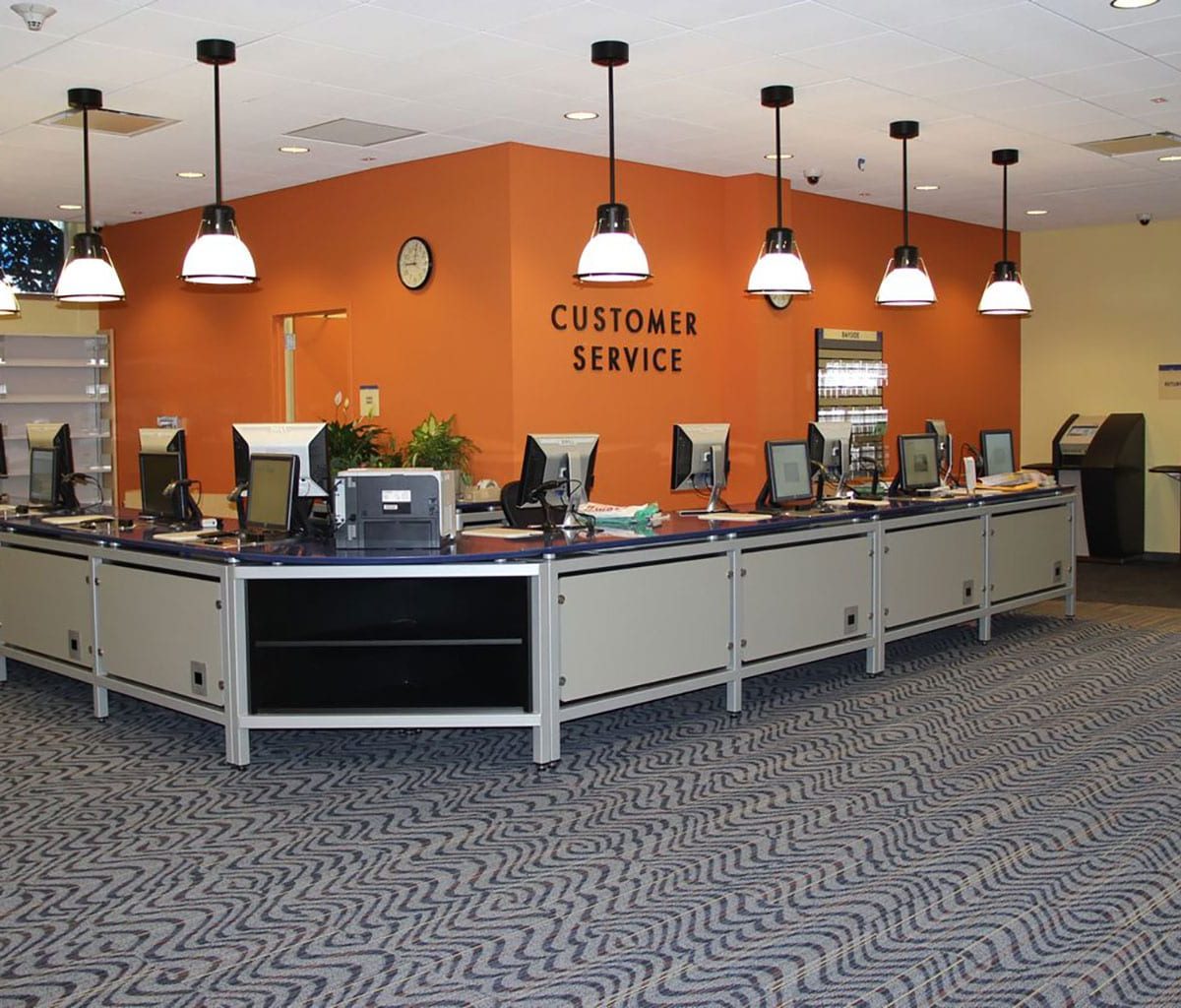