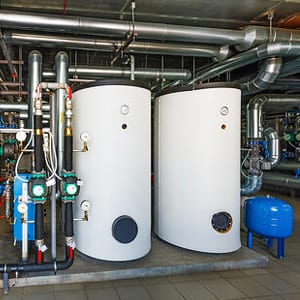 In the wake of the East Harlem and East Village gas explosions of 2014 and 2015, a package of gas safety laws have been enacted, aimed at preventing hazardous gas installations. Among them is Local Law 152 of 2016, which went into effect in January of 2019. It mandates the periodic inspection of gas piping systems in all buildings other than those in occupancy group R-3 (single and two-family homes) every five years. New buildings have 10 years from their date of completion before their first inspection.

For locations near the point of entry and where gas piping is exposed, inspections are visual and must note piping that shows excessive atmospheric corrosion, illegal connections, and non-code compliant installations. In locations where gas piping is likely to be concealed, such as public spaces and hallways, the inspection must include screening with a portable gas detector to identify locations with high gas concentrations. Rooms containing gas-fired equipment must also be screened in the same manner.