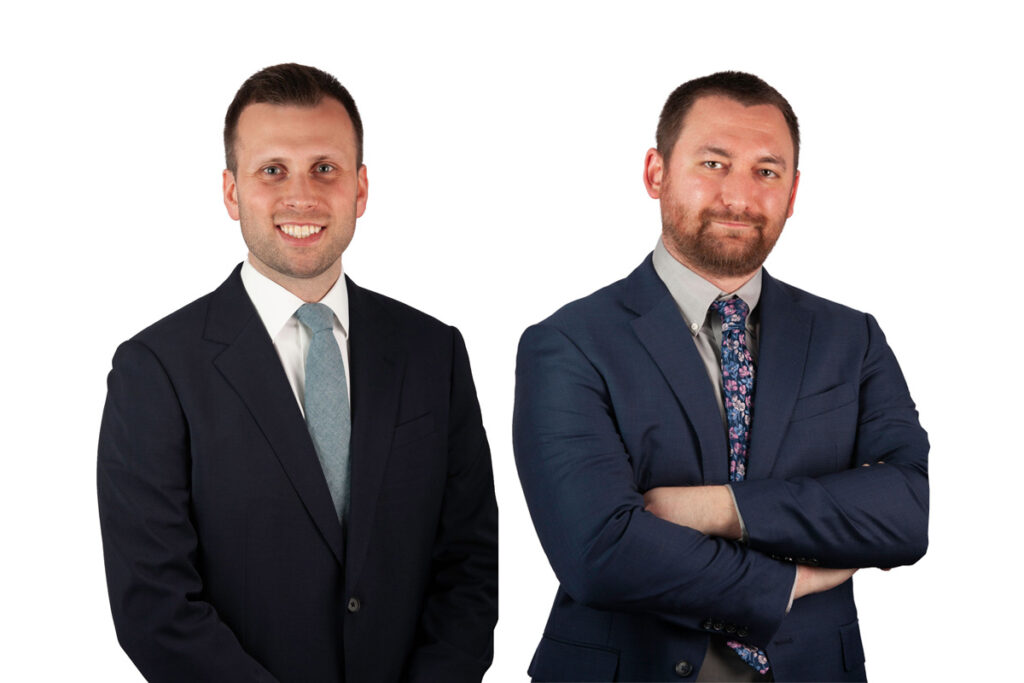 EP Engineering is thrilled to announce the promotions of Chris Burgess to Senior Partner (pictured left) and Chris Pierrepont to Associate (pictured right).

Chris attended the Stevens Institute of Technology, where he graduated with a Bachelor’s degree in Mechanical Engineering.  Chris’ time at EP Engineering began in 2008, where he found a profession that took advantage of his creativity and problem-solving ability.  Throughout his career, Chris has designed and led numerous projects throughout New York and New Jersey, ranging from passive house, high-rise multifamily, food service, fitness centers, education & commercial office buildings.  Regardless of the project or task, Chris’ goal is to develop positive relationships with clients and team members through responsiveness and attention to detail.   Over the years, Chris established himself as leader in the firm, helping the company grow and take on new challenges, ultimately becoming a partner in 2016.

Outside of work, Chris enjoys spending time with his family, playing intramural sports, fishing and yearly vacations to Cape Cod and Arizona.

Chris attended Manhattan College where he received his Bachelor of Science in Mechanical Engineering in 2012 and a Master of Science in Mechanical Engineering the following year in 2013. Throughout his formal education, he worked on multiple projects which helped developed his collaborative work ethic and attention to detail that would help him excel in the MEP industry; these include competing and winning multiple Black Box Competitions where your team is given a task to solve with a limited supply of tools and materials, and starting the Human Powered Vehicle Challenge at the school and competing in the national annual competition in 2012.

Chris began his professional career as a Mechanical Engineer in 2013, working part time during his last semester of grad school. He was quickly entrusted to train and mentor new hires, which helped reinforce his MEP knowledge and instilled in him a sense of responsibility and a yearning for more administrative involvement. In 2016, he joined EP Engineering and obtained his Professional Engineer license in 2018. Throughout his career at the firm, Chris has designed and managed various projects including retail, restaurant, residential, and healthcare facilities and has continued to be a resource for others in the office. He strives to provide the same level of satisfaction to both external clients and his EP team each day. In 2022, Chris’ dedication to the firm and his colleagues earned him the roles of Associate and the Mechanical Department Head at EP Engineering. In his new roles, he hopes to help promote a happy and healthy work environment, enhance daily working experiences, and expand the success the company.