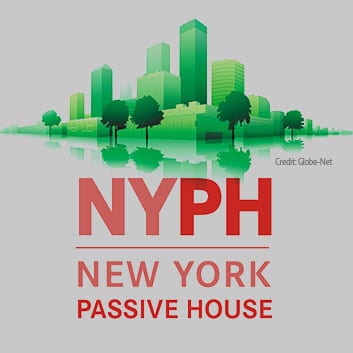 The Passive House standard has evolved over the past 25 years, starting from a single structure in Europe to an internationally recognized organization. Passive House requirements are guidelines are designed to reduce specific carbon impact of energy consumed from the earth, regardless of how it is delivered. The Intergovernmental Panel on Climate Change (IPCC) has outlined several Representative Concentration Pathways (RCPs) that indicate the probability that we will exceed a global mean surface temperature (GMST) rise greater than 2°C by the year 2050. Passive House was developed to target RCP2.6, which limits total global carbon emissions to 800 gigatons and anticipates a rise of less than 2°C GMST.

There are several certification criteria for Passive House certification. The new construction building in question must have:

For more information on Passive House on a global scale, visit http://passiv.de/en/

For Passive House in New York City, visit the local organization at http://nypassivehouse.org/